24-year-old Emmanuel Deshawn Aranda (aka Abdisaid Mohamed) had previously been banned from the mall.

No mention if the perp was a muzzie or not.

The suspect accused of throwing a 5-year-old child off the balcony of a Mall of America has been named as 24-year-old Emmanuel Deshawn Aranda.

The victim, Landen Hoffmann of Woodbury, Minnesota, suffered “significant injuries” after he was hurled from the balcony of the mall in Bloomington.

“A bystander who police say witnessed Aranda push the child stopped him from fleeing the scene,” reports the Daily Mail.

Aranda is being held at the Hennepin County Jail on an attempted homicide charge.

He was convicted of misdemeanors stemming from two separate incidents at the mall in 2015 and was banned from re-entering.

Hoffmann fell 40 feet and is now fighting for his life in hospital. 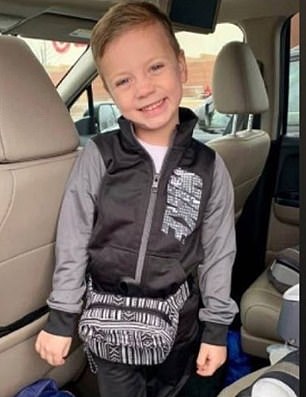 A GoFundMe was set up to help the family and has already raised almost $500,000 dollars.

“His soul is soft and gentle and instantly brings a smile to everybody he meets,” states a description of Hoffman, adding, “He is the sweetest kindest 5 year old you will ever meet.”

Source: Suspect Who Threw 5-Year-Old From Balcony in Mall of America Named