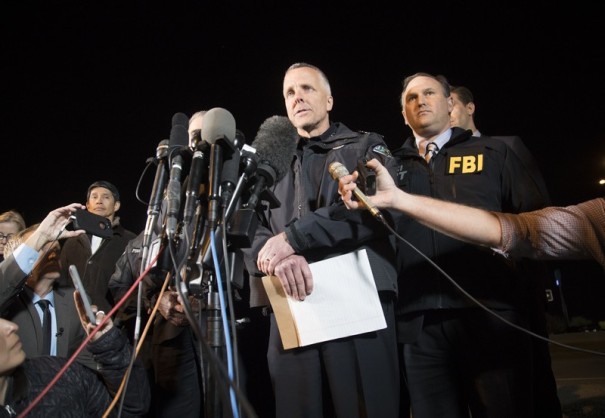 The name of the suspect, described only as a 24-year-old white man, has not been released, pending notification of his family, Manley said.

Although police are still investigating the possibility of accomplices, he said, “we believe this individual is responsible for all of the incidents in Austin.”

Manley urged the community to remain vigilant for possible other explosives, adding that “we do not know where (the suspect) has been in the past 24 hours.”

Police have not identified a motive for the string of bombings, Manley said.

Investigators identified several leads but the case really broke in the past 24 to 36 hours, the chief said.

One officer was treated for minor injuries.