Posted on September 23, 2017 by Mountain★Republic 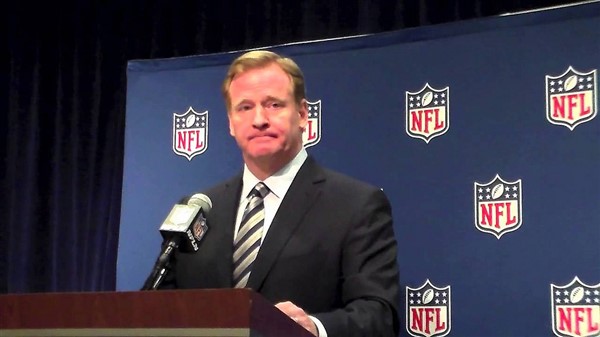 Mark your calendars that September 23, 2017, is the day that the National Football League officially committed suicide. The zombie will continue lurching about for a while but make no mistake about it, the NFL is now dead as it previously existed.

For it was this morning that NFL Commissioner Roger Goodell came out and condemned the legitimately elected President of the United States and by doing so, firmly put himself on the side of the miscreants, malcontents, and race-baiters who have been allowed to hijack the league to push their own divisive political agenda.

President Donald Trump’s comments during a political rally in Alabama on Friday that the league’s owners should fire any “son of a bitch” who didn’t pay respect to the flag by sitting out the national anthem detonated what has been a ticking time bomb due to Goodell’s failure to discipline Colin Kaepernick last summer when he began his anti-American, anti-cop crusade.

Goodell has now caved and in doing so picked sides. Could an announcement that November will be set aside as a month that the NFL endorses the promotion of hostility toward the police and racial equality as a small group recently demanded soon become a reality?