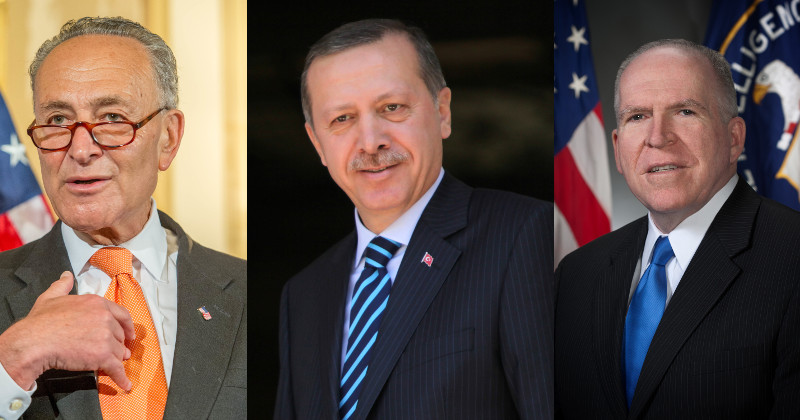 Preet Bharara, the former U.S. Attorney for the Southern District of New York, and Michael Rubin, a resident scholar at the American Enterprise Institute, were also named in the probe, which was first reported by Turkey’s state-run news agency, Anadolu Agency.

The probe is the latest salvo in the Turkish government’s obsession with Gulen, who has lived in self-exile in Pennsylvania since 1999. Turkey’s authoritarian president, Recep Tayyip Erdogan, has accused Gulen of masterminding last summer’s failed coup attempt. He has labeled Gulen’s network of followers the Fethullah Terrorist Organization, or FETO, and wants the U.S. government to extradite the imam.