These 16 Restaurants Have the MOST Antibiotics in Their Meat

Posted on February 22, 2017 by Mountain★Republic 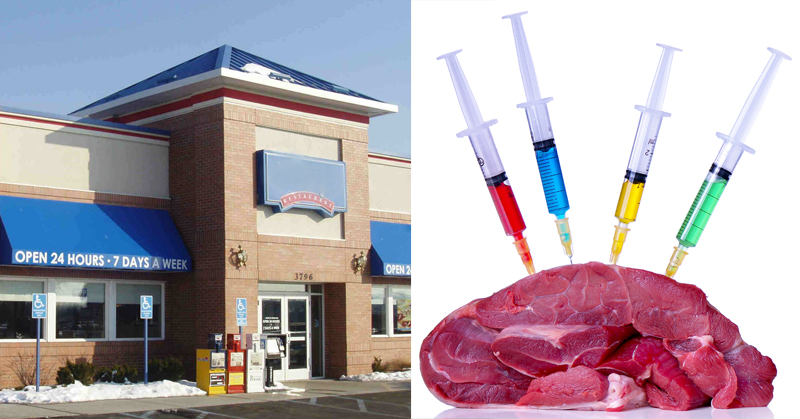 By now you probably know quite well how much of the mass-produced meat in this country is laced with antibiotics, but we’re here with a list of the worst restaurant chain offenders.

A collaborative new report recently ranked the 25 largest US fast food and causal restaurant chains based on their policies and practices when it comes to antibiotics in their food. For the second year in a row, Panera Bread and Chipotle Mexican Grill were the only two chains to score an A grade.

The CDC estimates that at least two million Americans contract antibiotic-resistant infections every year. The American Academy of Pediatrics explained that the overuse of antibiotics in animals can make bacteria such as salmonella, E. coli and Campylobacter stronger and resistant to drugs that were previously able to ward them off.

This video talks about most of the restaurants that received an F in antibiotic practices:

Source: These 16 Restaurants Have the MOST Antibiotics in Their Meat! Avoid Them!