Posted on February 18, 2017 by Mountain★Republic 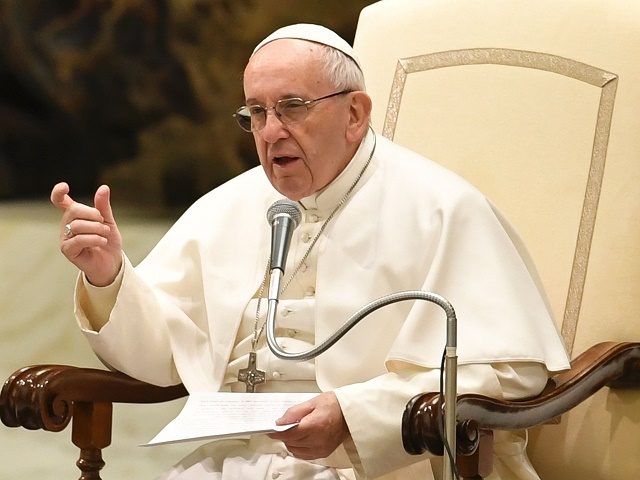 In an impassioned address Friday, Pope Francis denied the existence of Islamic terrorism, while simultaneously asserting that “the ecological crisis is real.”

What he apparently meant is that not all Christians are terrorists and not all Muslims are terrorists—a fact evident to all—yet his words also seemed to suggest that no specifically Islamic form of terrorism exists in the world, an assertion that stands in stark contradiction to established fact.

“No people is criminal or drug-trafficking or violent,” Francis said, while also suggesting—as he has on other occasions—that terrorism is primarily a result of economic inequalities rather than religious beliefs. “The poor and the poorer peoples are accused of violence yet, without equal opportunities, the different forms of aggression and conflict will find a fertile terrain for growth and will eventually explode.”

The Pope also reiterated his conviction that all religions promote peace and that the danger of violent radicalization exists equally in all religions.

“There are fundamentalist and violent individuals in all peoples and religions—and with intolerant generalizations they become stronger because they feed on hate and xenophobia,” he said.

While denying the existence of Islamic terrorism, Francis also seemed to condemn the denial of global warming, asserting that “the ecological crisis is real.”

9 comments on “Pope Francis: ‘Muslim Terrorism Does Not Exist’”