Posted on September 5, 2016 by Mountain★Republic

Once again, Team Clinton is seemingly confirming the “Sick Hillary” rumors that continue to run rampant via the Alternative Media. 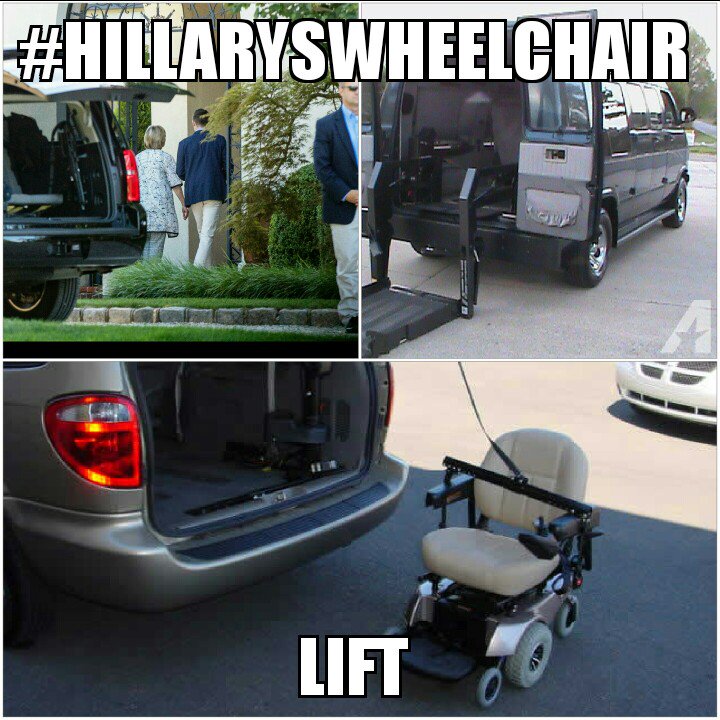 Read more about the wheelchair van for Hillary: HERE

(NOTE: Some have suggested the wheelchair lift is actually Secret Service seating.)

Due to Big Tech's censorship, sharing on all of their social media platforms has been permanently disabled. Please share by copying the link, with Press This, by email, or by printing.